This is out of the basement — ha ha a pysanky egg made by one of my kids or myself (probably me). It is up for sale but is cracked…just a little, thus is being sold just for the cost of shipping. 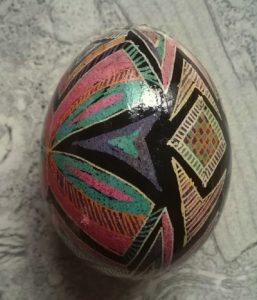 This was just fun and easy, and it was made with some clay intended for another purpose but i loved the organic look and just made it into a simple egg (with texture). 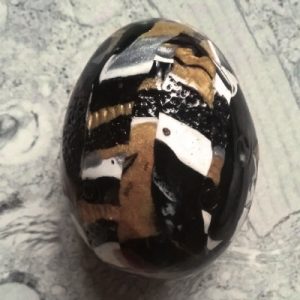 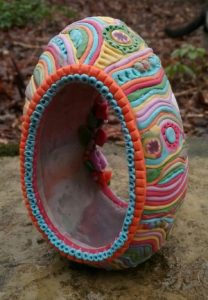 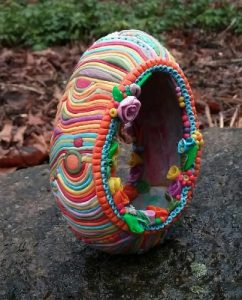 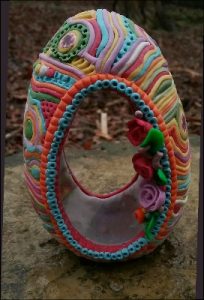 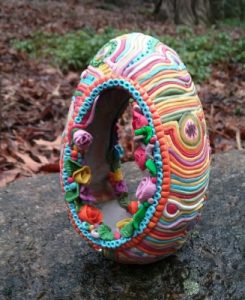 This is an old egg, the urethane i used on it for gloss has ambered, but i asked my sister (piano teacher, for whom i made it) to send me a couple pix just so i could remember what it looked like.   I hope i do better now…LOL. I also hope the aquathane that i use now for coating eggs doesn’t do what the old polyurethane did, but i wont keep my hopes up.   I made her a music egg using pysanky also long long ago (like three decades) as well.  The egg shells used to decorate this ostrich egg were dyed with pysanky dyes, then dried and crushed into medium size egg shell tesserae. 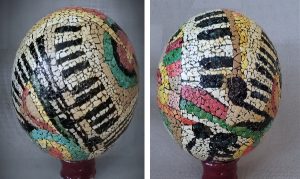